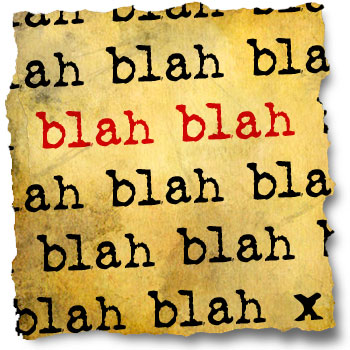 In my usual efforts to avoid the work I really need to do – write my book – I find myself reading all sorts of articles related to writing. All offering positive advice with the best intentions appearing on blogs, and educational and professional writing sites. I like to see what’s out there hoping I might learn something new. And I’ve come to a conclusion: there are a lot of overthinkers out there offering superfluous advice to aspiring writers. In turn, these nascent writers are online seeking quick solutions to their questions and hurdles allowing them to become passive about their art. Not good.

Overthinker on opposite gender writing.

One overthinker’s piece snagged me with its barbed hook; I needed to read it. His article was built around the idea that male writers need to be in touch with and comprehend feminism in order to write female characters. But it has to be right kind of feminism, otherwise it means some entirely different vague thing that was never clearly described.

Look, I’m paraphrasing here, and I’m intentionally not linking the article in question as I’m not looking for a fight. There are hundreds more like it, if you don’t believe me I challenge you to see this Google search. This is a genuine link to Google and will not show anything bad. It’s safe for work, it’s even safe for preschool. I promise.

The article was overwrought with justifications for the apparent complexity of the female character issue, playing off the idea that male writers just can’t write female characters. Rather, they write about their ideals of what women should be or their disdain for women. Essentially creating archetypes, not characters, or more likely stereotypes. Male writers spend all of their time describing male characters by carefully not making them female because they can’t overtly give male and female characters certain anatomical parts to define their genders. And it went on and on and on. I wondered if Stephen King or Joyce Carol Oates would agree with this guy’s perspective.

I stopped halfway. My brain produced an agonizing scream as it processed this convoluted mess. I’ve underestimated its vocalization capabilities all these years. It was brutal. I hope it never happens again. Ever.

So, here’s the deal, my advice to you.

Ignore that overthought stuff, it’s not helping you. If you’re male and you need to write a female character – do it. Don’t overthink it, don’t make assumptions, just write what feels right. Write what you know, what you don’t know, what makes sense for the story, what makes it a great story. Reality will reveal itself. The female character will come across just as authentic as your male character. It doesn’t hurt to make sure one of your readers is female. There are those little societal gender cues that are easy to miss. For example, you’ll rarely ever hear a woman say, “I gotta go take a piss.”

This advice is multidisciplinary and cross-functional. And universal!

No subject escapes the death grip of overthinking. Overthinkers are another manifestation of what we know as red tape in government and multiple layers of bureaucratic management in a corporation. I’m still searching for the source of these unnecessary convolutions, my current theory is that they are rooted in human nature. The fact that everyone feels a need to have control, to have a say in how things are done. To be armchair philosophers and basement dwelling anthropologists exploring the human condition with nothing more than the tool that gives you access to all things, the Internet. Laziness combined with ego. A dreadful combination.

I mock and joke. But in reality, ninety-eight percent* of the time I ignore that stuff when I write. And so should you.

* That other two percent is used for locating source material for blog entries like this. Time well spent.